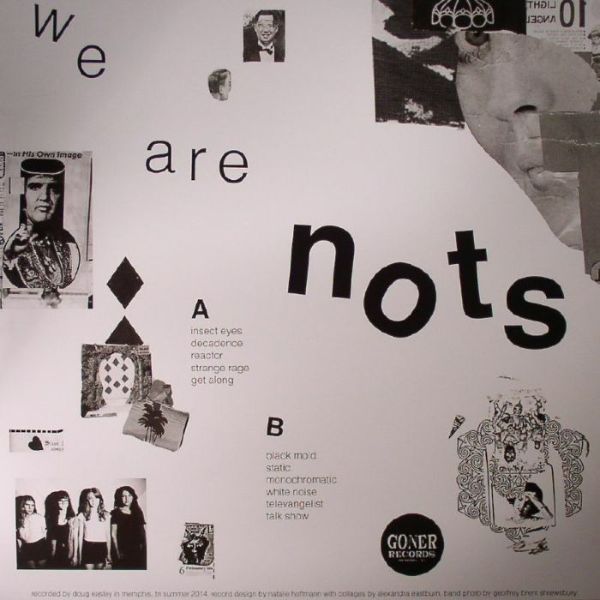 In that world, Nots is the music of the underground freedom fighters.

I had this thought after a while: Nots’ debut album “We Are Nots” is the story of one cyborg mind who questions its identity. She could be human, but she is unsure. Everyone insists that being a cyborg is normality.

The song “Televangelist” evokes the doomsday prophets who turned out to be correct. “Static” references the electronic core of the cyborg self (“Static, in your smile, is all I see”). “White Noise” reinforces the theme of television, news broadcasts, and global disasters. “Reactor” recalls nuclear power but the word ‘actor’ also recalls performance, such as “actors” acting out a script.

“We Are Nots” is a provocation and protest. Aggressive and hostile music, such as this, with its dispirited wailing, and its menacing cacophonous rhythms, reveals the underground “truth” of our reality. It is a political, structured statement, about the fallacy of our cosmic plight.

The fact that it’s rock n roll, that it can be experienced live, that it comes from Memphis, and that they are all women, shatters every single pre-conception of what a rock group is supposed to be. Of course, the content of this record will be ignored, misunderstood, and untalked about. So it doesn’t even matter. But at the very least, we will have a humanist statement as powerful as a PKD novel. And at the very most, Nots will be propelled to the forefront of the mainstream and will unleash its message of unrelenting harsh truth with all the rage and anger necessary to shatter the core of the system.

And we will begin a new age.