Incredible post-punk from Switzerland with that 4-track bass thump. Starts out threadbare but builds up to 60’s garage psych like a lo-fi rendition of a The Limiñanas song.

A new Nots song slipping under the radar. This was recorded at BBC 6 Radio in the UK, for Marc Riley. I heard the song at Gonerfest 12, and was surprised at how it deviated from the intensity of other new songs like “Virgin Mary” or “Shelf Life”. 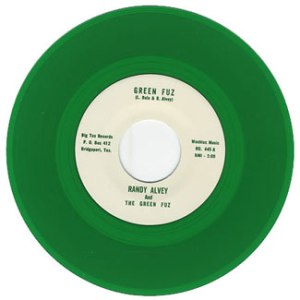 The rage is gone but replaced with a kind of disgust. “Inherently Low” is a powerpop & post-punk hit combined. Lest we forget, an early lineup of Nots covered The Nerves (not sure which song, but “Hanging On The Telephone” is a sure bet) and “Green Fuz” by Green Fuz, both low-key 70’s pop-folk hits. And if we go even further, Natalie and Charlotte were both members of Bake Sale, their pre-Nots jangly indie pop group who released one 7″ on Grand Palace records that was printed on special ‘glow in the dark’ vinyl (way cool!).

“Inherently Low” seems to be about a friendship gone awry. The trademark Nots chorus which repeats those two words incessantly like a mantra seem to express a judgement of character. Why did you have to go do that? That’s inherently low. That’s the core of low, which is pretty low on the low scale.

New direction for Nots as they ease into their growing acclaim (European tour is complete) and keep on crafting sonic confections.