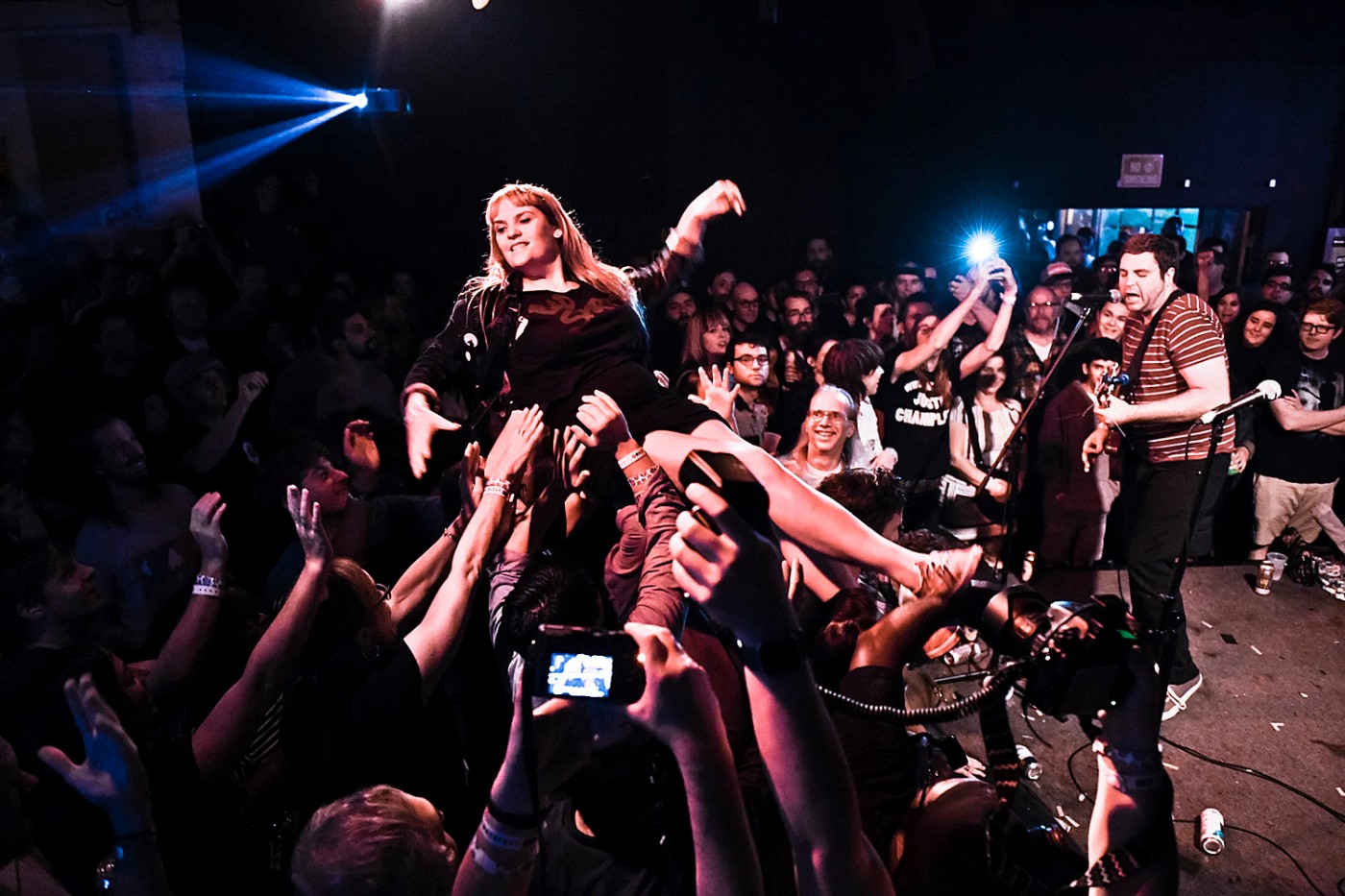 Memphis was abound with energy during the not-so-secret afterparty on Saturday at Murphy’s (1589 Madison Ave). A crowd of the most hardcore fans, hanger-ons, and tag-alongers celebrated to the robotic futuristic punk sounds of the one they call Murder. Backed by members of Trampoline Team on keyboards, drums, and bass, Giorgio delivered the pummeling bounce to the excitement of euphoric fans who started crowd surfing in the cramped quarters of the bar/venue.

Other highlights include an energetic afternoon set by Kool 100’s, a blistering speedy flammable set by Fire Retarded (Hey Bobby!), a ski-masked robbery by Pity, and a celebratory incantation by the legendary Kid Congo Powers.

For my part, I met the two-man operation behind KLYAM Records out of Boston. I first thought they were Archie & The Bunkers, but getting past their pre-pubescent adolescent looks they are actually greasy sleazy freaks of the unknown kind! More stories and pictures to come as I develop my rolls of film, including some Super8 footage of Nots conducting the opening ceremonies.