There’s an element of self-deception, mixed with an explosion of unbridled energy that is jolting. They could be kidding…but not really. It is this deceptive seriousness that is terrifying when the loopy scrambled electronics turn atonal and Tomata’s staccato vocals become commanding and repetitive. This is the way things really are: uncertain, uncomfortable, and frustrating.

It’s not rocket science. A good post-punk, true to 80’s Euro DIY, will go through Kleenex, stop by NYC and mix Blondie with no-wave, then boost the low-end with modern California garage. Spread Joy understands that, and dutifully executes.

There’s a lot to appreciate here, but the most interesting thing is that it comes from Chicago. I would have thought Portland first, then Oakland…but Chicago?

Unless…a mutant strain of DIY punk-garage captured the imagination of the local scene and created a Chicagoan variant. Who could that be…? 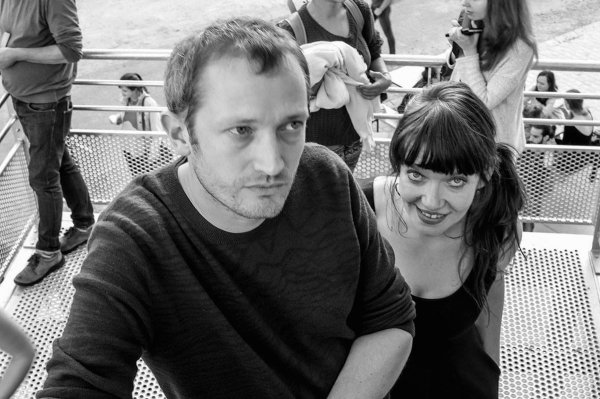 Heimat is the collaboration between Olivier from Cheveu, and Armelle from Mil Mascaras, Badaboum, The Dreams. As part of the French underground collective, “La Grande Triple Alliance De L’Est”, based in Strasbourg and Metz, they gave us such musical stylings as the “glue” genre (a kind of French “scuzz”) in the early 2000’s but have now evolved to a new gunk, landing more into experimental electronics territory. 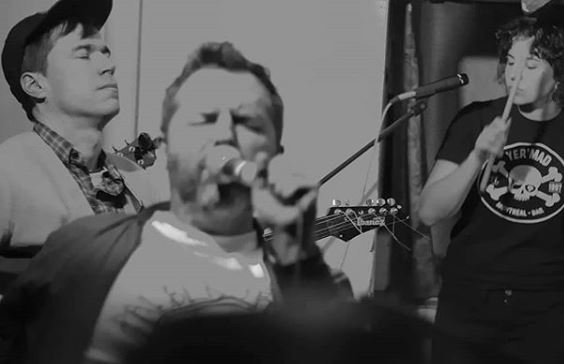 Excellent stomping no-wave punk from Boston, Massachusetts, usurping the more common garage sound for an alarmist noisy drum-machine techno. This is dense and angular, and when observed closely, befitting of the city’s college-town reputation: political but snarky. The verbosity is rewarding and thought-provoking. Exactly the kind of stuff I want to see performed live on a school night at the Cantab Lounge.

Nots’ music reflects political and social reality. Their dark post-punk grooves exude modern anxiety like the information overload of constantly refreshing timelines. Surprisingly dancey numbers like “Floating Hand” enact the thematic paradox of partying in a surveillance state. In this regard Nots remain relentless, spewing subtle critiques across political spectrums. “Woman Alone” is the ultimate “intersectional” anthem, questioning our culture’s obsession with segmenting groups. The question “What’s it like to be a subject analyzed?” probes the causes of divisive controversies. Their repeated choruses over bass-driven propulsive grooves could very well penetrate the mainstream, but Nots’ calculated social critiques are too radical to gain acceptance. You rarely find a group this consistently trenchant, uninterested in corporate sponsorships or high-profile festival appearances. This makes their punk ethos real, not counterfeit or commodified. But a song like “Built Environment” hints at a deeper fissure, possibly cognitive, that is impossible to break through. The idea that we build our own restrictive shells and therefore enact our own censure. “I walk on empty streets in my mind”, says the chorus, reminding us how immobile we become as urbanized, consuming, citizens.

Western Mass noise bullies are back with a brand new album recorded in Alabama with Gary Wrong. What could possibly go wrong? Nothing! Jackie proves that he’s underground punk’s Andy Kaufman with as many split personalities as MF Doom. You can hear Jackie as part of NYC’s noise rockers Sediment Club (WFMU Record Fair alumnis) or the intriguing carnivalesque street busker crooner Mark Cone, and I feel that he might have temporarily played with Neutral Fixation. With multiple releases on a stack of underground labels (Feeding Tube, Lumpy Records, Neck Chop Records), he’s got the pedigree of a pure breed pomeranian.

Urochromes have been through so many incarnations, with and without a drummer, that they are impossible to recollect. My favorite formation was with Corey Rose from Vexx on drums! After-party for Not Dead Yet in Toronto 2016. They played a blistering set to a packed crowd on a skate ramp.

On this release, Jackie’s creativity remains unbridled, and “Rumshpringa” comes from left-field with a heavy Jonathan Richman/Modern-Lovers Massachusetts breezy jangler! A kind of swagerring classic rock jam with an electronic drumkit, and absurd lyrics. A true Picasso of our modern times!

The new Sneaks is amazing. Totally moved away from minimal post-punk, and got into subtle, melodic, hip-hop hooks. For fans of M.I.A., Missy Elliot, Santogold. That whispery voice with thumping bass! Play loud!

From the album Possession Sessions on Feeding Tube Records